Skip to main content
Pricing is in US Dollars.
✕ ✕ 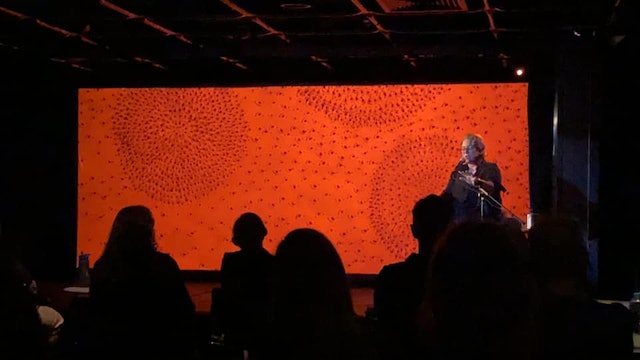 “… a calling to all of us to relish the mundane as much as the magnificent,”
Steve Davis, The Adelaide Show ★★★★★

“If there is one thing worth doing this Fringe, it is spending an hour in a darkened room with Gill Hicks.”
Samela Harris, The Barefoot Review ★★★★★

“If you want to experience a range of emotions from laughing to tears, then you should see this show.”
Stephen Foenander, Adelaide Review Team ★★★★1/2

A ‘runaway’ 5-star success at the Adelaide Fringe Festival, the world’s largest open access arts festival, “STILL ALIVE and KICKING” is Gill Hicks’ first foray into live theatre since the life-changing events of 7/7, July 2005, which wreaked havoc and devastation in London and in which Gill lost both her legs.

Her soliloquy is warm yet pointed; facing death gave Gill a new appreciation for what it means to have life. STILL ALIVE and KICKING is an ode to survival.

Right-click this and copy the link address.

Watch on your Television

Watch on your Computer